CAPR Thanks Guest writer David Boleneus for his in depth analysis of Renewable and Net Zero Electric Grid Sources in this 4 part article.

HOW WILL CONTINUING ON GOV. INSLEE'S PLAN TO GO ALL RENEWABLE, or NET ZERO AFFECT YOU, YOUR FAMILY? -- THE GOVERNOR PLANS to do BATTLE with CLIMATE CHANGE

CAN NET ZERO PROVIDE AN ADEQUATE SUPPLY OF ELECTRICITY? – NO - Wind turbine record is awful 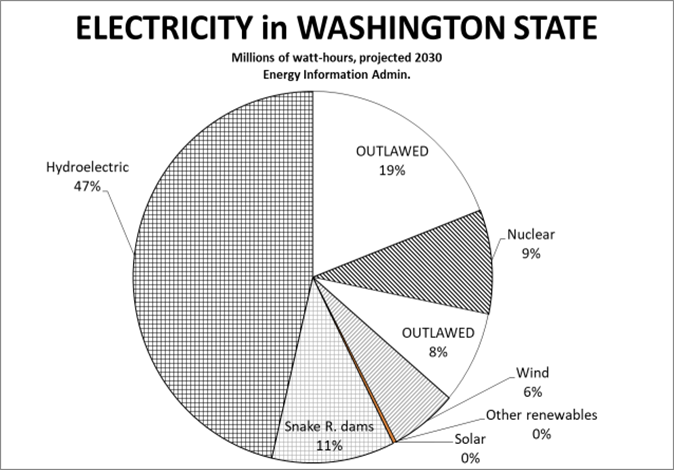 WHAT IS WASHINGTON'S COST TO GO NET ZERO, OR ALL RENEWABLE?  = $41 trillion.

CAN WE LIVE WITH WIND TURBINES AND ARE THEY A SAFE SOURCE OF ELECTRICITY? - NO

HAS ANOTHER COUNTRY/State GONE ALL RENEWABLE? WHAT ARE RESULTS? Answer – NO

WHAT IS THE COST OF WIND TURBINES AND ITS ELECTRICITY? ($ corrected for efficiency)[5]

[3]  https://co2coalition.org/media/clintel-lecture-william-happer-in-amsterdam/ and CO2 is NOT a pollutant HOW TO THINK ABOUT CLIMATE CHANGE  https://youtu.be/2qhxj6GkWpE

CAPR members share their collective experience, tools and expertise and then translate that collaboration experience into collaborative action.

Explore issues threatening the fundamental right to own, use and protect private property.

We support equitable and scientifically sound land use regulations that do not force private landowners to pay disproportionately for public benefits enjoyed by all.